Japan yukata Japanese have a lot of festival during summer. Summer in Japan is hot. It’s sticky. Festivals are put on all around the world, but there are elements of Japanese festivals that really make them stand out and become a wonderful, enjoyable experience. Most foreigners melt into the sidewalks, only to be reanimated by 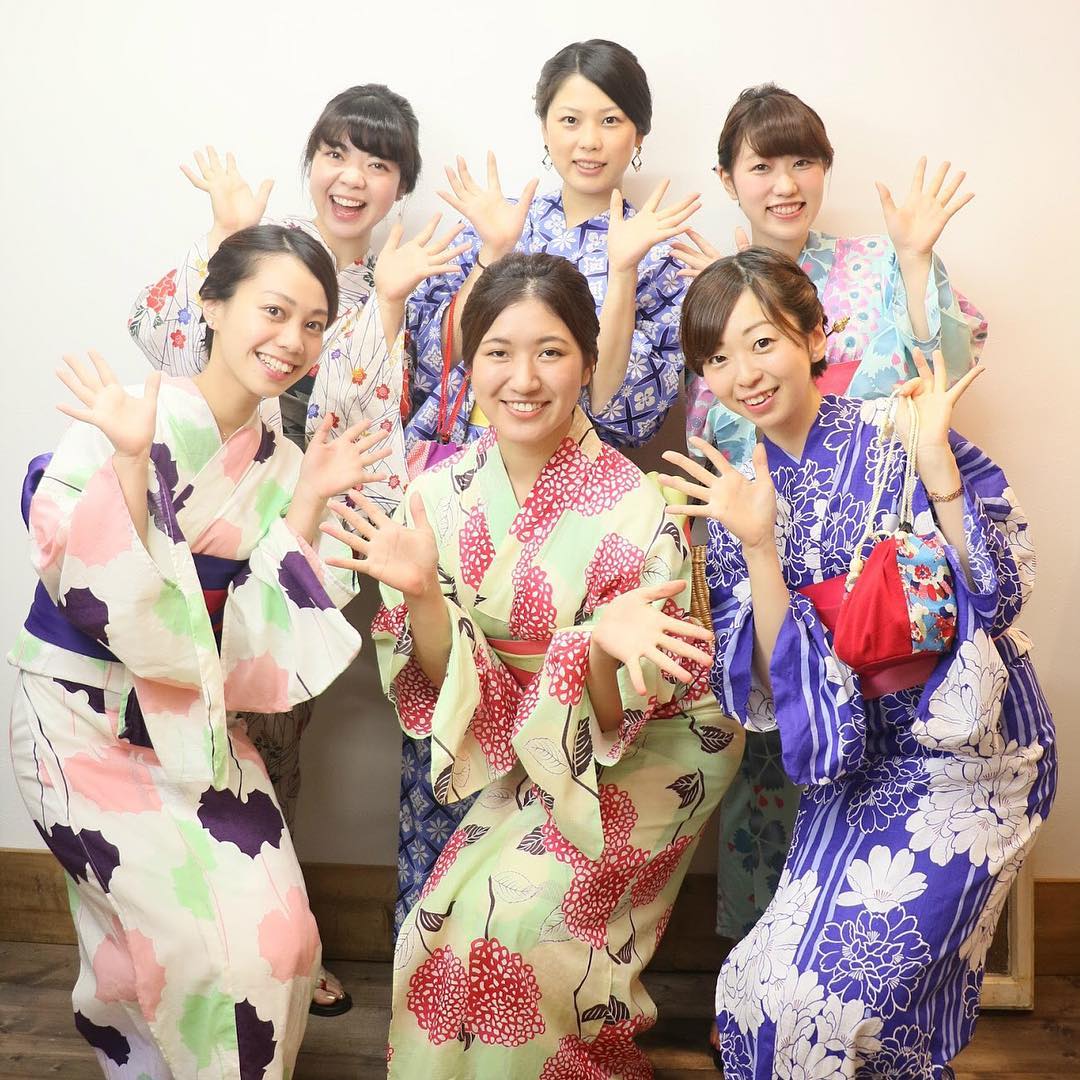 Japanese have a lot of festival during summer. Summer in Japan is hot. It’s sticky. Festivals are put on all around the world, but there are elements of Japanese festivals that really make them stand out and become a wonderful, enjoyable experience. Most foreigners melt into the sidewalks, only to be reanimated by the arctic blasts of the train AC. But fear not, for the traditional summer fashions of Japan are pretty much spot on, featuring the most summery of garments: Japan yukata. Technically, Japan yukata is a type of kimono called summer kimono. Where a standard kimono is made of silk and generally very expensive, a Japan yukata is made of cotton or synthetic fabric. It’s cheaper, more comfortable for everyday use, and mainly worn during the warmer months. Japan yukata often doubles as a bathing robe at hot springs and in public bathing areas. In fact, the word japan yukata derives from “yu” meaning bath, and “katabira” meaning undergarments. (Kimono means “a thing to wear” and comes from ki “wear” and mono “thing”). There are fewer cultural codes and obligations related to japan yukata, and that, combined with its lower price and higher comfort, have seen it largely replace the kimono in Japanese fashion.

Japan Yukata intended for use by younger individuals to attend festivals are usually brightly colored, often to the point of appearing garish, while more mature individuals usually prefer to wear subdued browns and grays. Japan yukata intended to be worn as bathrobes at inns are often in deep shades of blue or green or occasionally white or maroon. Since the Japan yukata does not have a lining, opaque fabric is best. The yukata is a more casual, everyday version that’s often worn in summer, and features the same straight lines and wide sleeves as its silken sibling. But whether ritualistic or quotidian, kimono culture is going out of fashion, and with it the fine art of traditional dressmaking. For those who want “unique” rather than traditional yukata, such as for a costume party, it is best to use standard Western-style fabric. Children often appreciate japan yukata with prints of Disney characters or other non-traditional designs. Seasonal prints, such as Halloween, Christmas, or Easter designs, can also be fun, as can bold Hawaiian prints. Using silk (to provide a more luxurious appearance), wool (for warmth in winter), or some other material will give the japan yukata a different feel. Just keep in mind that if the material you choose is too translucent you will want to wear some kind of undergarment beneath it…unless see-through is the effect you’re going for. Using different prints for the body and sleeves or decorating the yukata with lace are other ways to personalize the finished product.

How to wear japan yukata

The left side of the robe is wrapped over the right and tied with a koshi-himo (腰紐, a simple, thin sash) for men, or an additional obi (帯, wide sash) for women, which is tied in the back. Traditionally japan yukata are worn with geta (下駄, traditional Japanese wooden sandals) and bare feet. I’ve asked a few local women about the shoe situation, and the consensus is that, nowadays, you can wear just about any cute sandal with a yukata– not wearing geta isn’t going to get you flagged by the Japanese Fashion Police. For girls who like to be fancy, you can wear a kanzashi (簪) a hair ornament (kind of like an ice pick) or comb worn with kimono or yukata. They range in style from super flowery and ornate to sleek, colorful designs in resin or metal. Underneath japan yukata tradition says you should wear hada-juban (肌襦袢), a thin washable layer that is a cross between an undershirt and a slip. The ladies I spoke to said just wearing a tank top and shorts, or a slip is enough; just make sure whatever you wear is thin, form-fitting, and breathable for comfort.

Traditional yukata worn during summer festivals and events were generally made from white cotton dyed with indigo ink in geometric patterns. Younger people and children wore bolder, thicker designs, while older people usually wore more subdued patterns. However, the recent popularity of the yukata has been influenced by both the traditional Japanese kimono patterns of floral and geometric patterns with the bright colors of modern Western clothing. Japan yukata available in shops now, including local department stores, are in a full range of colors and patterns to entice the eyes, while still remaining in their original conservative and modest cut. Like the kimono, the yukata hides all but the basic form of the wearer, even though it is a single layer of cloth. The obi is tied around the middle of the torso, creating a flat, hard front and back. The femininity and fashion of the modern japan yukata comes from the patterns, colors, and accessories worn with it. Departing from tradition, girls and women wear an ever-changing array of accessories, including flowers, brooches, head dresses and hair slides, bringing out the vibrancy of summer and the flush of youth.