Japanese hakama: Past and Present

Hakama Japanese Hakama are a type of traditional Japanese clothing. Trousers were used by the Chinese imperial court in the Sui and Tang dynasties, and this style was adopted by the Japanese in the form of hakama beginning in the sixth century. Japanese Hakama are tied at the waist and fall approximately to the ankles. 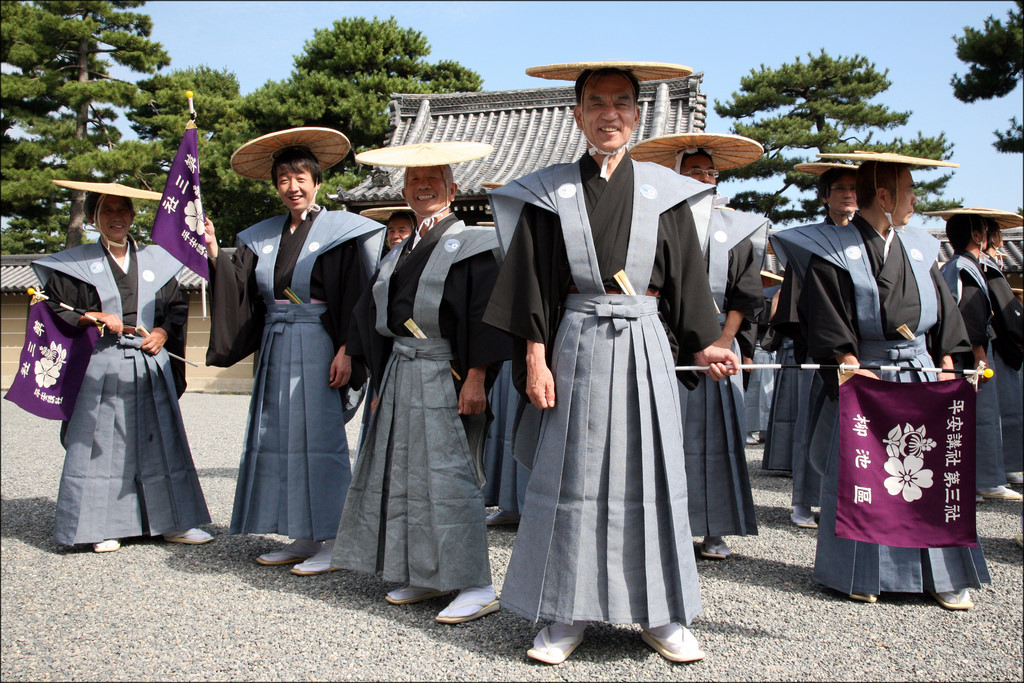 Japanese Hakama are a type of traditional Japanese clothing. Trousers were used by the Chinese imperial court in the Sui and Tang dynasties, and this style was adopted by the Japanese in the form of hakama beginning in the sixth century. Japanese Hakama are tied at the waist and fall approximately to the ankles. They are worn over a kimono (hakamashita). Originally, the japanese hakama were worn only by men. Today, however, women may also wear japanese hakama on certain occasions. There are two types of hakama, divided umanori (literally horse-riding hakama) and undividedandon bakama (lit., lantern hakama). The umanori type have divided legs, similar to trousers. Both these types appear similar. A “mountain” or “field” type of umanori hakama was traditionally worn by field or forest workers. They are looser in the waist and narrower in the leg. 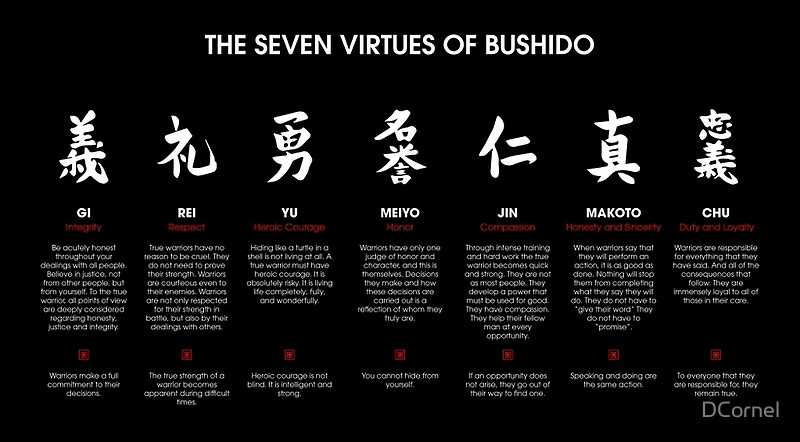 In Japanese martial arts, the seven pleats of the hakama have a special significance. Bushido is the way of the samurai. It is a set of values and virtues. It is a way of life. The virtues of Bushido are reflected in the 7 pleats of the japanese hakama. These 7 virtues are:
Gi (rectitude, justice, righteousness, integrity)
Yuki (courage, valor, bravery)
Jin (humanity, charity, benevolence)
Rei (respect, courtesy, etiquette, civility)
Makoto (honesty, sincerity)
Meiyo (honor, dignity)
Chugi (loyalty) 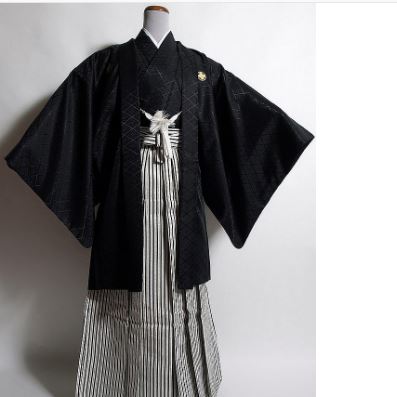 Japanese hakama can be worn with any type of kimono except yukata (light cotton summer kimono generally worn for relaxing, for sleeping, or at festivals or summer outings). While striped hakama are usually worn with formal kimono, stripes in colours other than black, grey and white may be worn with less formal wear. Solid and graduated colours are also common. While hakama used to be a required part of men’s wear, nowadays typical Japanese men usually wear hakama only on extremely formal occasions and at tea ceremonies, weddings, and funerals. Japanese Hakama are also regularly worn by practitioners of a variety of martial arts, such as Kendo, Iaido, Taido, Aikido, Jodo,Ryu-te, and Kyudo. Sumo wrestlers, who do not wear Japanese hakama in the context of their sport, are, however, required to wear traditional Japanese dress whenever they appear in public. As hakama are one of the most important parts of traditional male formal dress, sumo wrestlers are often seen wearing hakamawhen attending appropriately formal functions. In addition to martial artists, hakama are also part of the everyday wear of Shinto kannushi, priests who maintain and perform services at shrines. 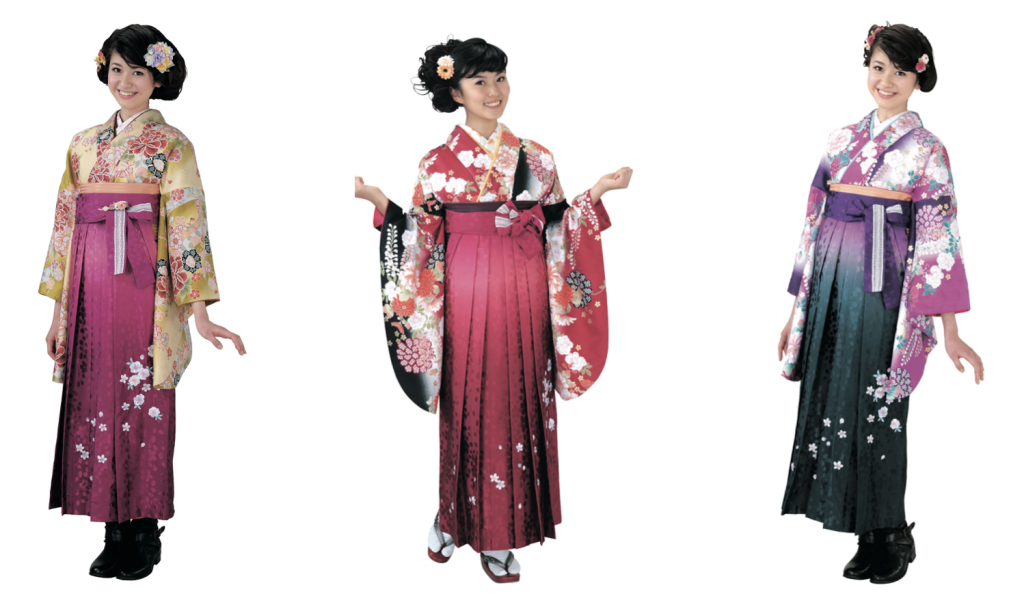 In the Meiji period (1868-1912), after the samurai class was abolished, women started to wear hakama again. The Meiji reforms of the social and political systems made education became open to Japanese women. Although hakama was still considered to be men’s wear, the ministry of education permitted female college students to wear Japanese hakama because a woman’s kimono would not be a comfortable outfit for school activities. Maroon- or purple-coloured hakama was the typical school uniform. Soon, these hakamas came to be a symbol of women’s rights and were a trendy fashion statement among the cultured modern Japanese women. Also, you would see women in hakama and colorful kimono at college graduation ceremonies. At places like Shinto shrines female attendants usually wear red hakama and white tops.

In modern times, hakama are worn by both men and women at formal occasions and for martial arts. Common reasons to wear hakama include: 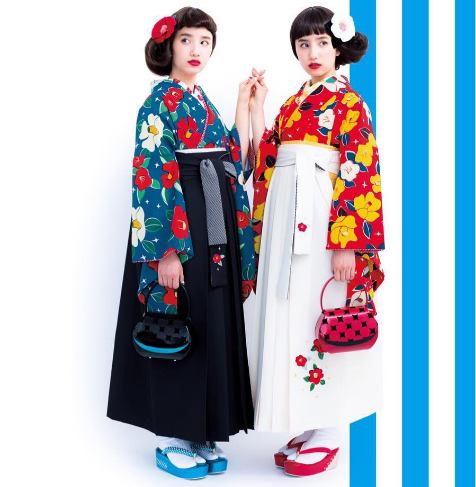 The Japanese hakama has an academic image. As a result, students both male and female traditionally wear hakama to their university or college graduation ceremony.
Women’s hakama differ from men’s in various ways. They are worn very high on the waist and tie differently. They tend to be bright, solid colors with embroideries such as flowers. 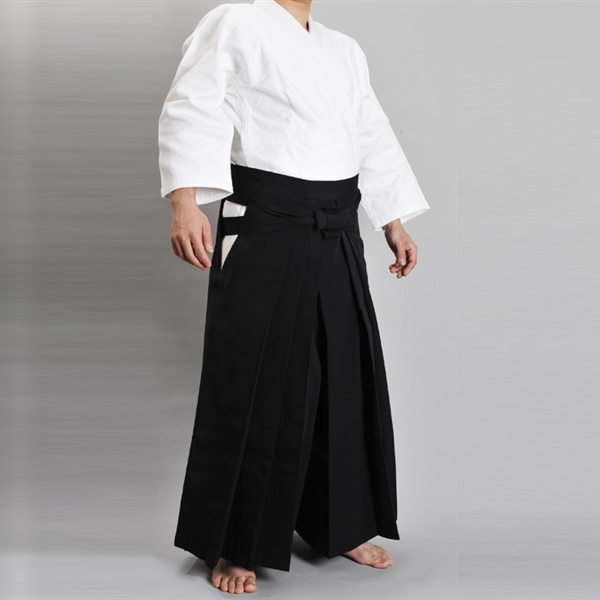 Another Japanese martial art with a hakama uniform. Aikido is focused on defending yourself while at the same time protecting your attacker from injury. It’s known for its techniques that use an attackers force against them. It requires little physical strength. 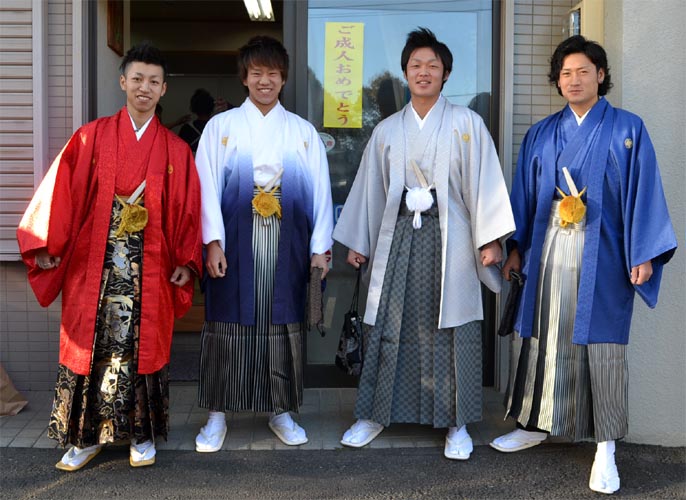 A national holiday that celebrates those who have become adults (20 years of age) in the past year. Women wear elaborate kimono known as furisode to their coming of age ceremony. Most men choose to wear western suits. Some men wear kimono. When they do, it is always worn with a hakama. 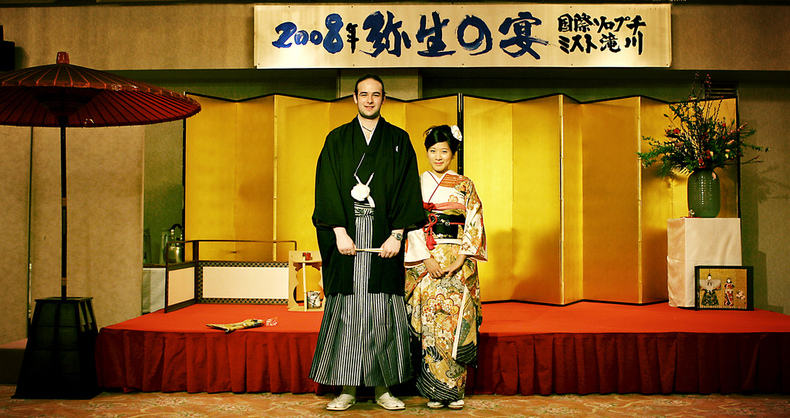 Tea ceremony requires formal wear. Men may wear japanese hakama but women wear a kimono without a hakama.
Hakama with a stripped pattern are considered the most formal. Solid colors of hakama are associated with martial arts. 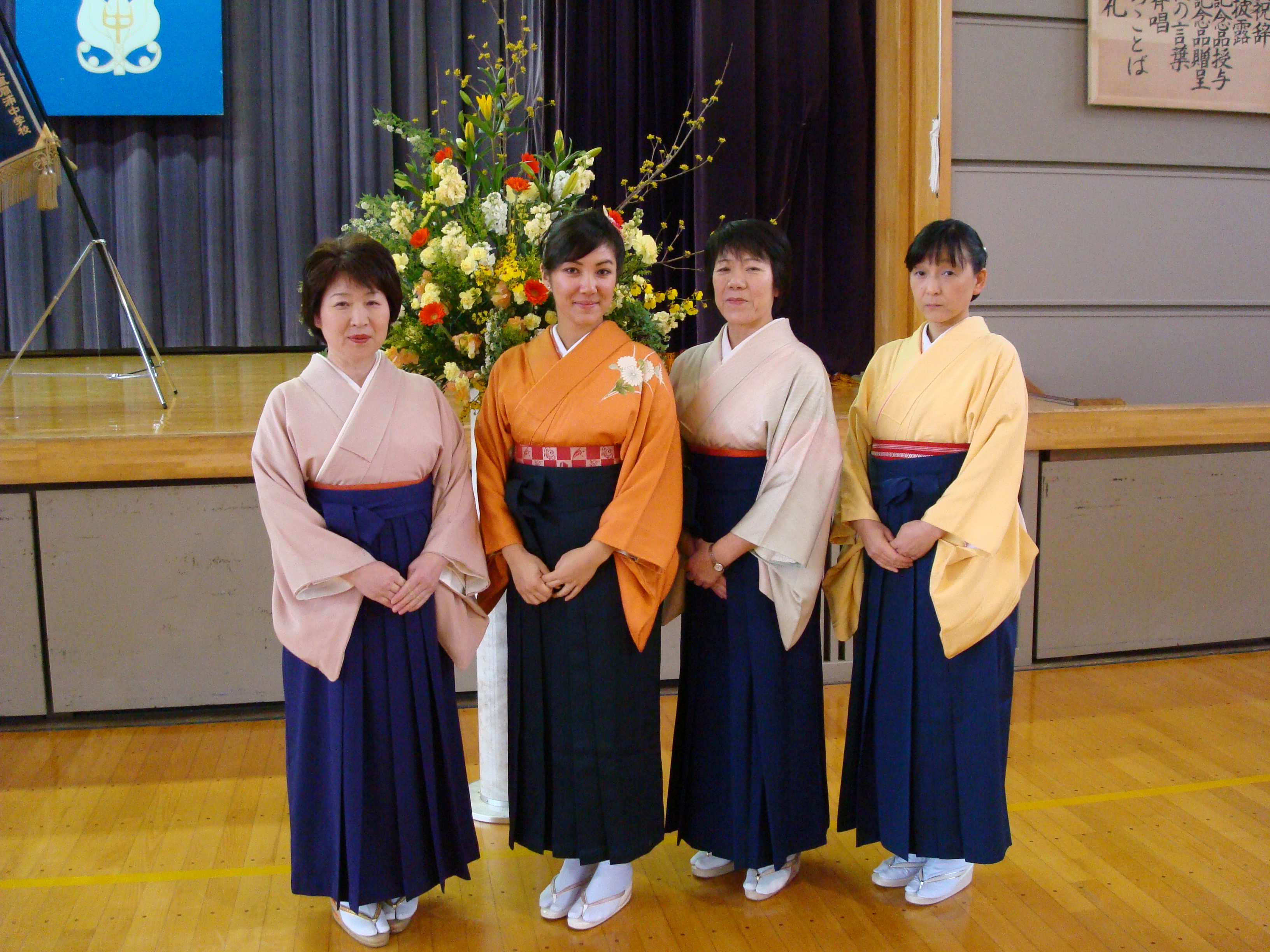 University professors and teachers (sensei) at any school with a formal dress code traditionally wore hakama. This applied to both male and female teachers. This traditional is slowly fading. However, if you take a walk across the campus of Japan’s top universities you’ll still see japanese hakama once in a while. School teachers also wear hakama for special occasions such as graduation ceremonies.