Kimono fashion Though Western dress is now the norm in contemporary Japan, the kimono fashion is still worn on special occasions. There are schools in modern Japanese cities that train native Japanese on the finer points of wearing the kimono. They instruct in the complicated ways to tie the obi, as well as the subtle 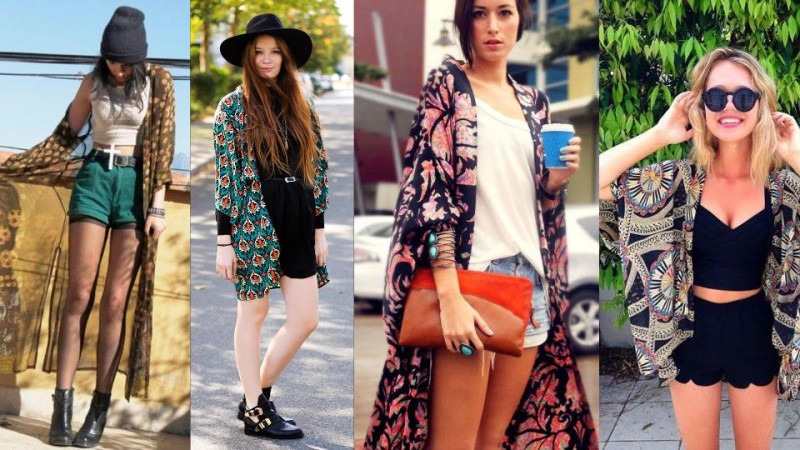 Though Western dress is now the norm in contemporary Japan, the kimono fashion is still worn on special occasions. There are schools in modern Japanese cities that train native Japanese on the finer points of wearing the kimono. They instruct in the complicated ways to tie the obi, as well as the subtle ways of draping the kimono, walking in it, and selecting and combining the colors and patterns. The kimono fashion still expresses the wearer’s good taste as well as sense of propriety or social understanding. Kimono fashion can be worn every day, it’s something people can wear like they wear modern clothes, not something that makes them feel like they are in a costume.

Although the modern kimono fashion is generally a T-shaped robe, there are a variety of subtle variations for different wearers and different occasions. 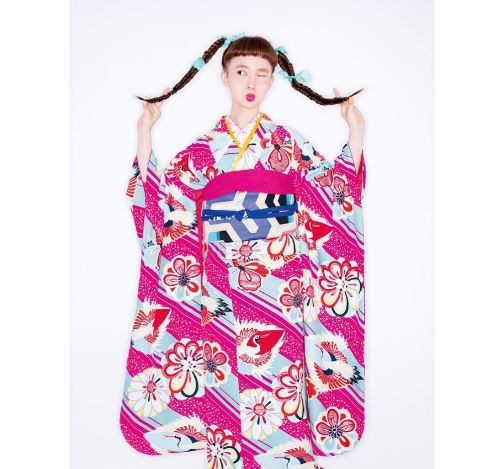 The furisode, which literally means “swinging sleeves,” is worn by young unmarried women. The sleeves of the furisode average about eighteen inches long or more, although a variation called chu-furisode can have more practical sleeves of about fifteen inches. This type of kimono fashion can also sometimes have three-foot-long sleeves that sweep the ground, but that is usually for theatrical or ceremonial effect, such as those worn by maiko, the novice geishas, a special group of female entertainers. The armholes of the furisode are long slits, allowing for ease of movement and ventilation. Wearing the furisode is an announcement that the women is eligible for marriage. 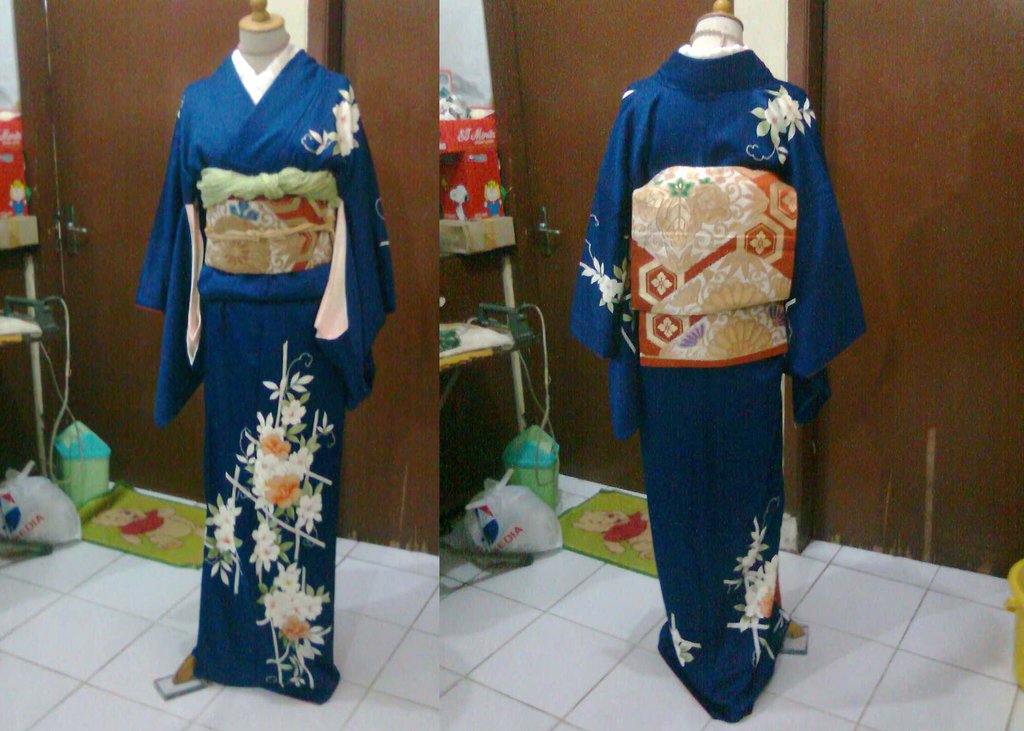 The houmongi is the formal kimono fashion worn by women once they are married. It might be worn to weddings or to tea ceremonies. It often has a pattern called eba, which spreads over the kimono without appearing to be disturbed by the seams through a special method of dyeing. 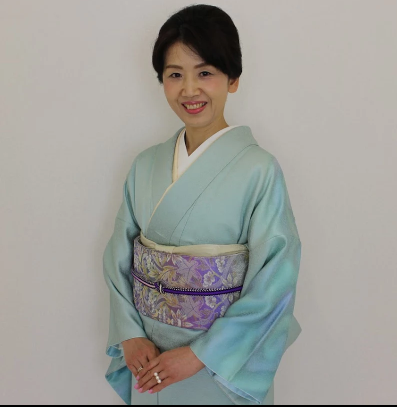 The tomesode, sometimes called the edozuma, is another formal kimono fashion, worn by married women only to the weddings of close relatives. This kimono fashion has a pattern on the lower front of the garment from around the knees to the hem. 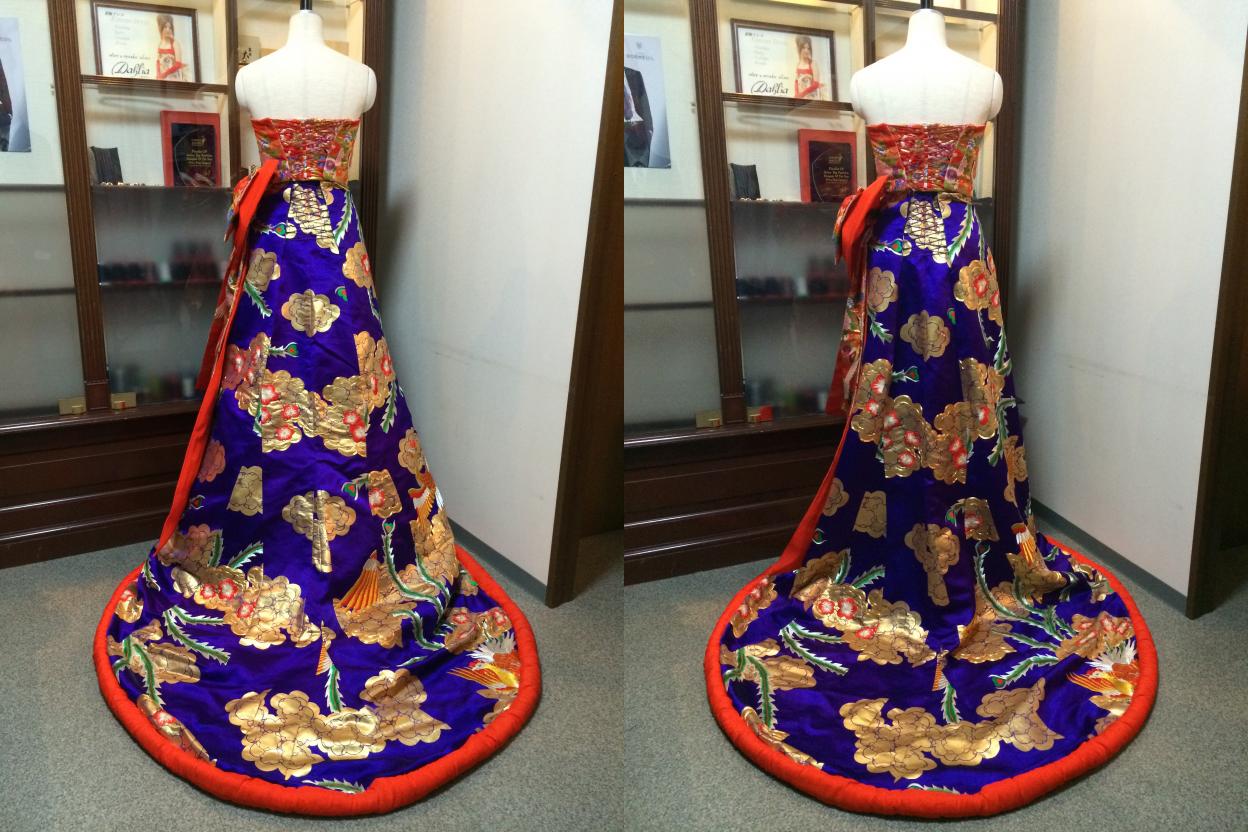 The bride in a traditional Japanese wedding wears the most formal kimono fashion, called a uchikake. It is a long kimono coat with a padded hem, which is made either from stiff, thickly woven brocade or satin. The kimono trails the ground on all sides, and because of the length andstiffnessof the kimono the bride must be assisted in walking. 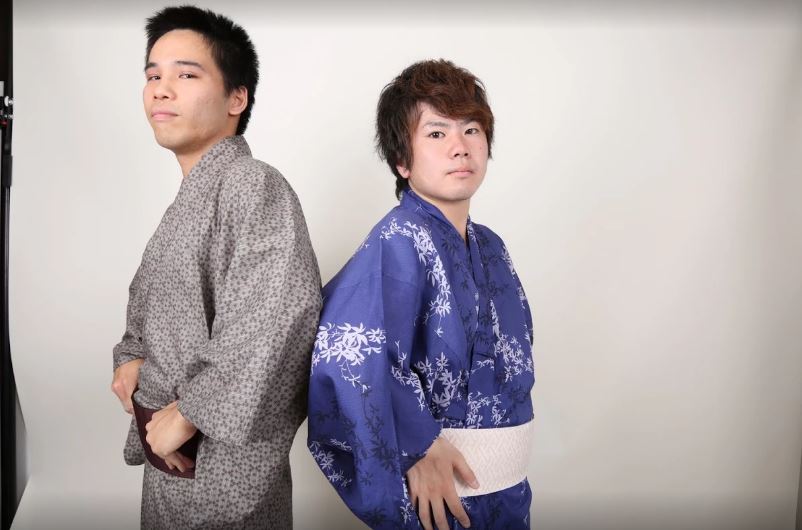 Kimonos for men are usually made in subdued colors and patterns of black, gray, brown, and shades of dark blue. If they are decorated, the usual patterns are fine checks, polka dots, or bird’s-eye designs. The formal kimonos for men are called monsuke, which means “with crests.” They are made of plain black silk with five crests and are worn with a white under-kimono called a juban and with hakama, or trousers, in gray or brown. The Mofuku kimono is the most somber of modern ceremonial kimono fashion, and it is worn only for funerals and mostly by men. The Mofuku is usually made of black silk, with family crests at key places. It is worn with a long white undergarment called a naga-juban, black accessories, and black fabric zori, or sandals. 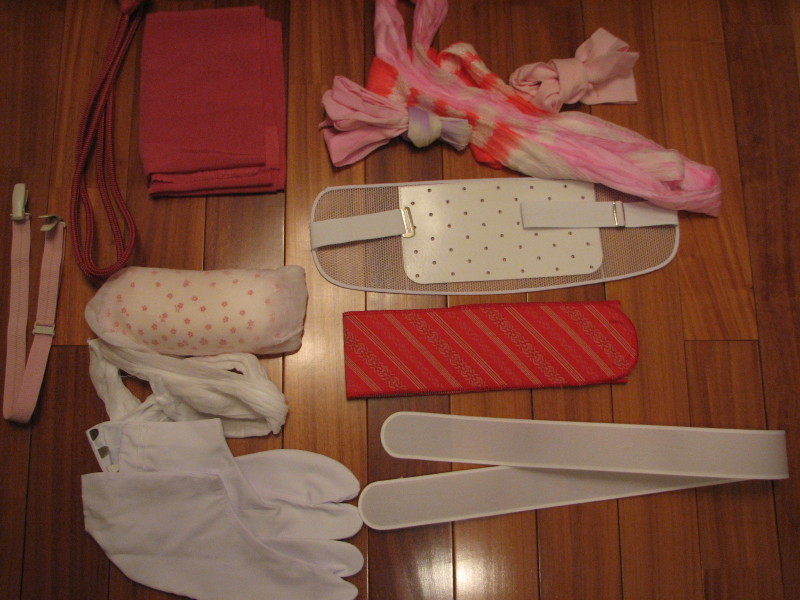 Kimonos are worn tightly wrapped around the body from left to right. (Only the kimonos of the dead are wrapped right over left). The actual garment is five inches longer than its wearing length, and it is drawn up and tied with a slim silk cord under the obi so that the hem is at the wearer’s heels. The obi adds padding to the middle so that the body is tubular looking, the preferredsilhouettein Japan. Worn with the kimono is an undergarment called a shitagi, which is simply a thin under-kimono. The juban is another undergarment, worn short by men and long for women. Its neckband, or eri, is black silk for men and made of crepe or plain silk for women. 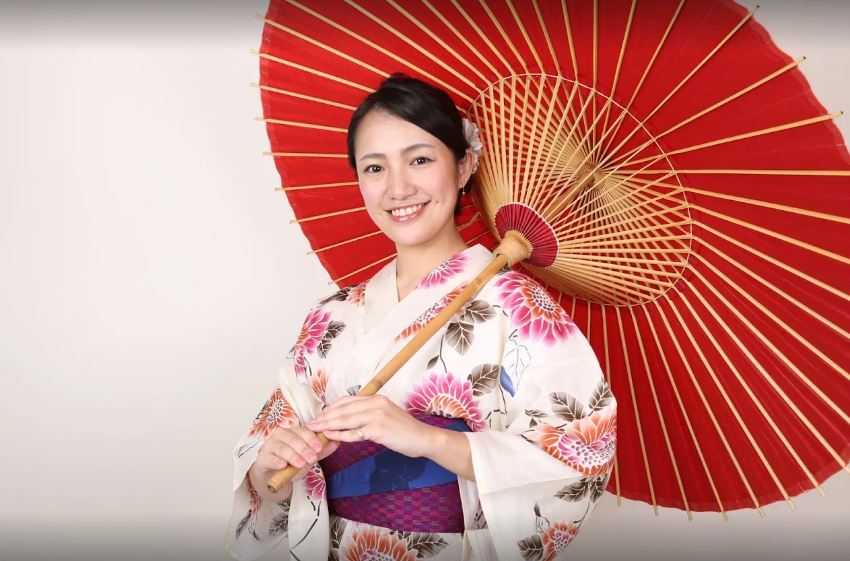 Today there are kimono artists who are considered by the Japanese government to be national treasures and who preserve historic techniques for the decoration of the kimono. Their masterpieces are unique and can be more expensive than a magnificent painting. Some have been sold for upwards of one hundred thousand dollars.
Most modern-day Japanese people have never owned or worn a kimono. Some may rent one for the several occasions in their life that call for them. Nevertheless, the kimono fashion is the instantly recognizable symbol of Japanese fashion.