“Kimono” technically means Japanese dress, but for Westerners, the word refers to traditional robes like “kasode” with shorter sleeves; “furisode” with longer, open-bottom sleeves; “uchikake,” an elaborate wedding robe or overcoat; “juban,” a softer under-robe; and “haori,” a shorter jacket for men. Inner kimono japanese are tied closed with a sash known as “obi,” which also comes in a wide variety of shapes, colors, and styles—including the formal “maru,” the 1920s-style “fukuro,” the simple “nagoya,” and the wide “hanhaba.” Kimono japanese dress is still worn on special occasions such as weddings, birthdays, funerals, tea ceremonies and festivals. In the old days of Japan, people wore kimonos as their daily apparel. Through time, the traditional attire has seen many enhancements to adapt to the demands of the changing periods in Japan’s history. 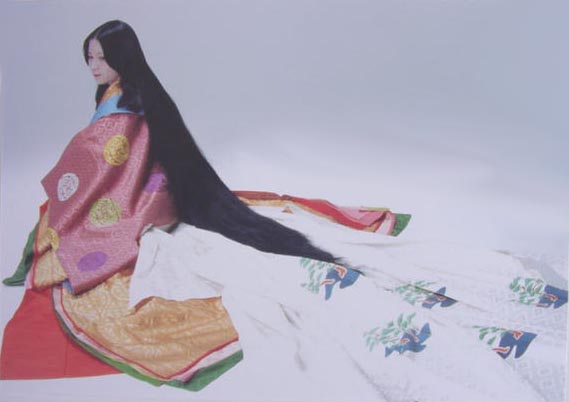 The flamboyance, vivid colors, and artistry of antique kimonos were once a source of national pride for Japan, and also point to the influence of Noh Theater. Kimonos developed as a logical way to stay cool and comfortable in the humid climate, and they worked for kneeling on wood floors. The long, draping sleeves of furisode and fine, richly decorated silks became symbols of leisure and wealth for aristocrats. In the Heian era (794-1185), courtesans wore 12 simple and brightly colored kimonos at once, most of which could only be seen at the collars and cuffs. The straight-line cutting method created what is now the style of kimono, which is more comfortable and practical to wear. Makers of the kimono japanese cut the fabric into straight lines, sewing the pieces together without the need of the wearer’s body measurements. It also enabled people to wear them in layers during cold seasons. The Heian era saw the development of the basic components of the kimono japanese, which is still seen in current styles. Attire for men and women became more distinguished and clothing for those who served in courts was also developed. 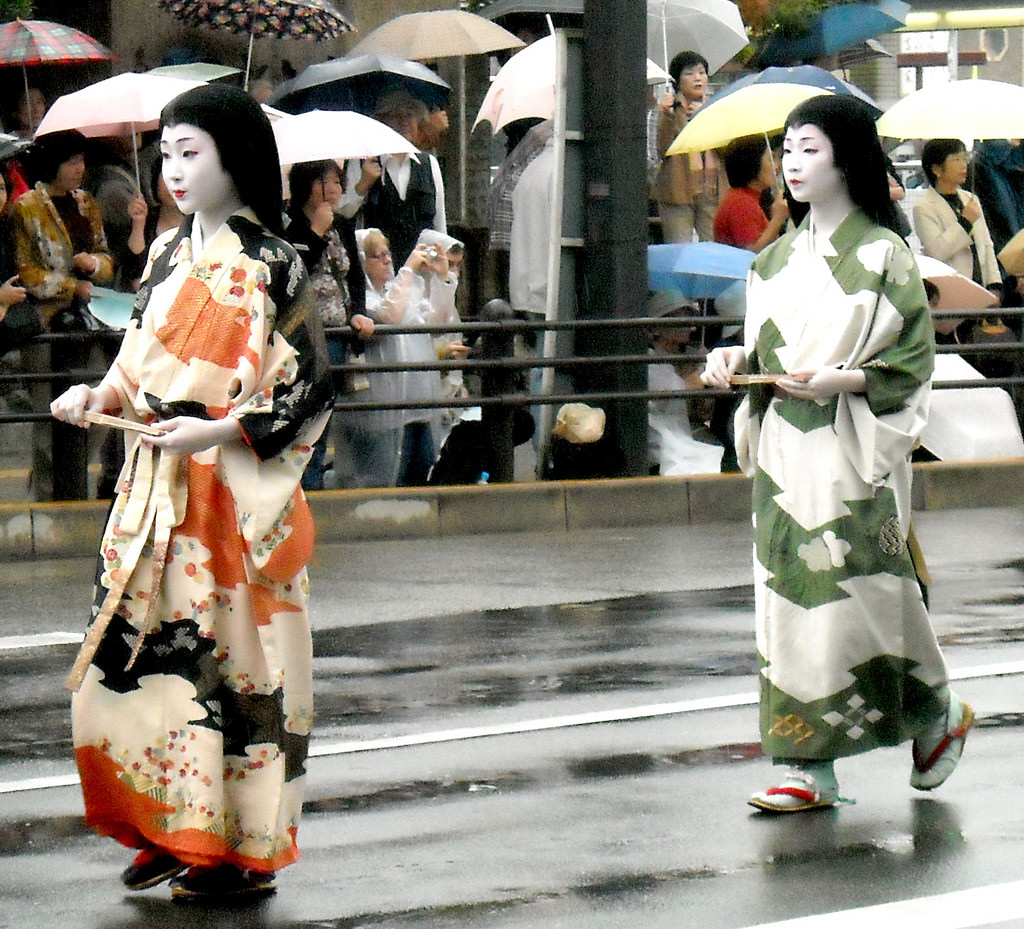 As clothing technologies developed, more colors were integrated into kimono-making. When warrior clans ruled over Japan, men’s kimono were made to represent their allegiances similar to soldiers’ uniforms. Colorful and frivolous kimono styles were worn for special events, but daily attire was constructed to conform to everyday activities. Samurai warriors wore battle-ready garments, while women opted to wear the kimono japanese with smaller sleeves. Supple, sleek kimonos made of silk (“kinu”) are the most desirable, even though they can be made of any material such as the stiffer silk crepe (“chirimen”), satin, hemp, thread-banana fiber, abaca cloth, hemp, linen, wool, or cotton. Kimonos are often made from fabrics with patterns woven into them, like “kasuri” or “ikat” (made of pre-dyed thread), “tsuzure ori” (tapestry), “nishiki” (multicolored pattern), “Kara-ori” (Chinese weaving that looks embroidered), and “tsujigahana” (made with a tie-dye-thread base and post-weaving flourishes).

Dyeing techniques contribute greatly to the beauty and artistry of kimonos. The most typical “yuzen” technique, developed in the 17th century, lets artisans hand-draw elaborate images with thin, delicate lines. Other popular means include stencil-dyeing, or “katazome,” tie-dying or “shibori-zome,” stenciling unique to Okinawa called “bingata,” and a technique known as “tsutsugaki” that involves drawing with rice paste that will resist indigo dye. Thanks to the stencils, small repeated patterns called “komon”—such as “seigaiha” or stylized waves, “yamagata” or mountain forms, and medallions resembling cranes, chrysanthemum, and wisteria—became common. Making kimonos became more complex to meet the demands; as a result it developed into an art. Valuable kimono japanese patterns and fabrics were treasured and kept as heirlooms. 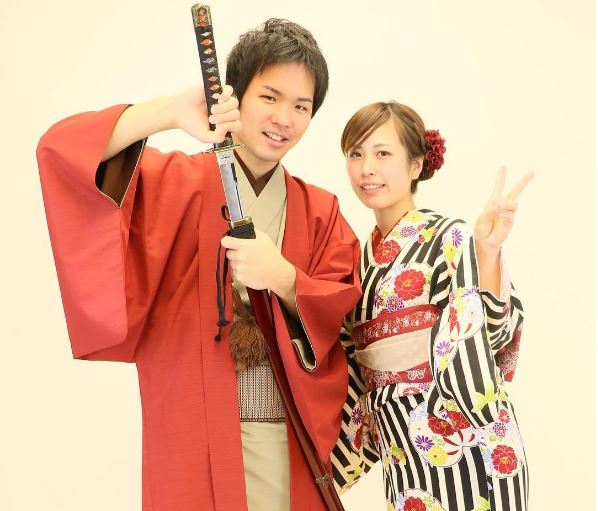 Beginning at the end of the 1800s, Japanese met with Western influences. People of high stature wore suits and dresses, as reflective of the grand and frilly wardrobe pieces in the West at that time. The traditional kimono japanese was then reserved for special occasions only, no longer part of daily clothing requirements. The styles created from this era had family crests sewn on the design, as a way of recognizing the wearer’s background. These days, most Japanese wear modern Western-style clothing, and perceive vintage kimonos as tremendously out-dated outfits that disguise the body, impractical for the fast pace of 21st century life. There, silk kimonos, which sell for thousands new, are reserved for special occasions like the Shichigosan Festival and New Year’s Day, and for older people, Noh and Kabuki performers, geishas, and others involved in the traditional arts of tea service and flower arrangement. Used kimonos can be found for about $100 at Japanese flea markets.