Renting a japan kimono is better than buy it

It’s just that for the every day tourist they’re impractical and will probably never leave your closet. So why waste the money? 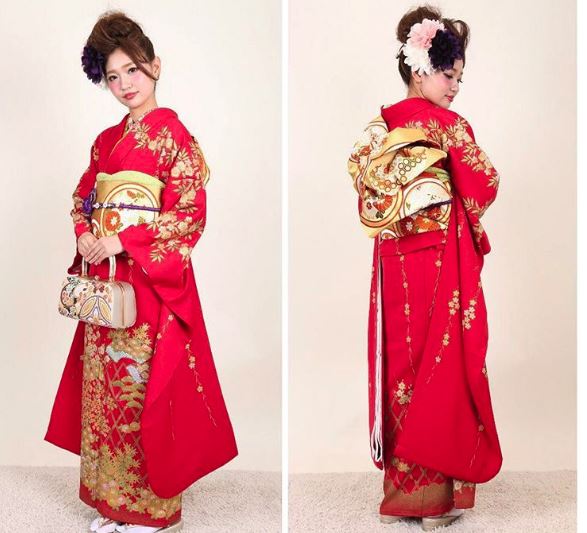 People don’t wear japan kimono or other traditional clothing nearly as much as they used to. In Kansai (Kyoto, Osaka etc. but especially Kyoto) they tend to wear kimonos a bit more, but not that much really. Younger people rarely wear japan kimono on an everyday basis. However, traditional clothing hasn’t been relagated to costume status just yet. Kimonos (or other traditional clothing) are worn by people in certain professions, such as those who work in traditional restaurants or bars (izakaya) or inns and so forth, or as dance instructors etc… Kimono, while once used as everyday attire, are now mainly reserved for weddings, coming of age rites, tea ceremonies, and other special occasions. Unless you’re a sumo wrestler– they’re required to wear a japan kimono whenever in public. 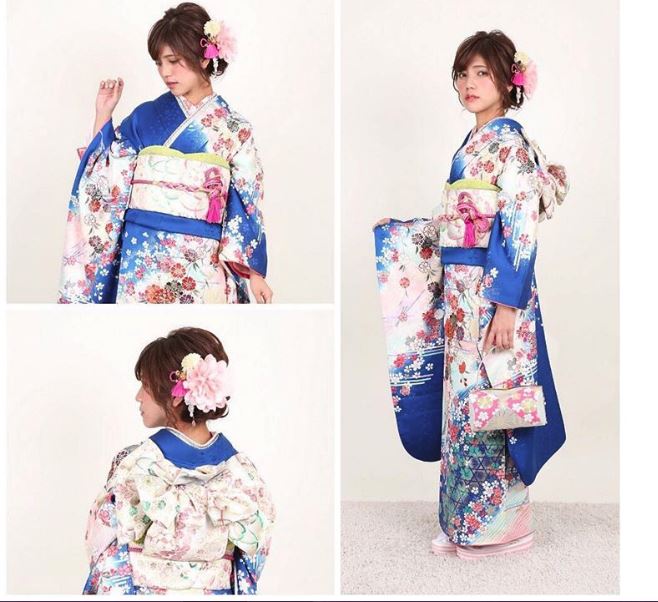 While most foreigners probably couldn’t tell a difference, there are many different types of kimono. They range from casual to formal and from expensive to take my first-born child expensive. Different types of japan kimono can be used to indicate the occasion, your place in society and even your marital status. Casual ones are typically made from synthetic fibers, while formal ones are made from silk and brocade.

Why you don’t want to buy a kimono 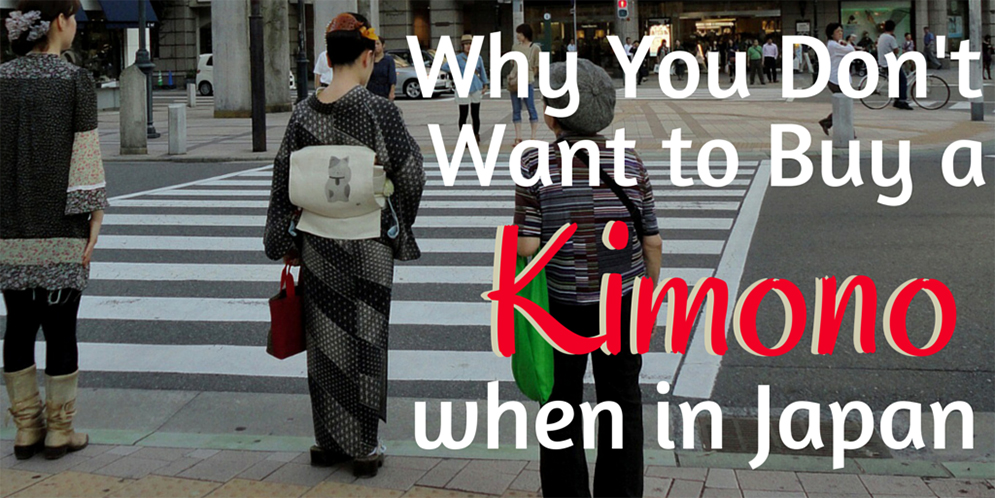 A single japan kimono may easily exceed thousands of dollars, and can reach up to $20,000 once you add in all the needed accessories. Which there are a ton of.

Nowadays many Japanese women may only own yukata and will often rent formal japan kimono when needed since they are so expensive. That, or they buy secondhand. Secondhand japan kimono shops are extremely popular and can be found all over Japan. This is why japan kimono do not exactly make tourist-friendly souvenirs. 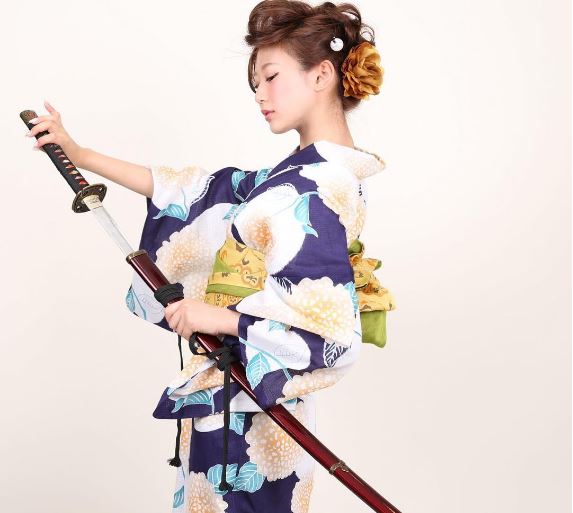 There’s also an element of conspicuous consumerism when it comes to wearing japan kimono–a brand new ensemble can cost tens of thousands of dollars, after you total up the japan kimono, the obi, a couple of juban, the obiage and obijime, the zouri, the matching handbag, the professional fitting for the kimono, lessons for how to wear it/an appointment with a professional dresser, depending on the circumstance, etc. Japan kimono are the Lamborghini of clothing–they’re expensive and you probably wouldn’t want to go to pick up your kids at daycare in one, but you look like a million bucks in one! There are also famous japan kimono artists, whose work will make a price skyrocket, just like any piece from a house of haute couture, as well as materials like Yuuki tsumugi (the process of making this fabric is an Intangible Cultural Treasure) which regularly command prices in the thousands of dollars for what are necessarily informal kimono. 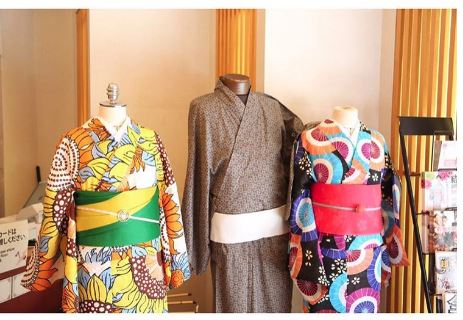 Moreover, a japan kimono is an investment in tradition. The price represents how important that is. Japan Kimono can be had very cheaply–my cheapest buy was $1.25 USD–but such a low price carries with it an implication of unimportance. A person who buys their culturally significant clothing from the bargain bin must not find it to be terribly important or valuable, so the thinking goes, almost like buying a wedding dress from the thrift shop. 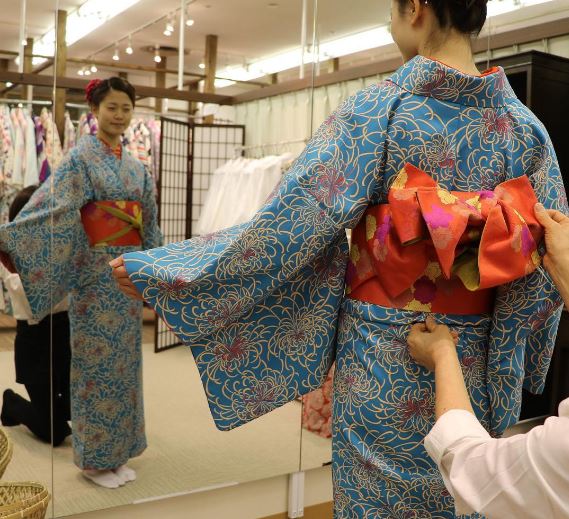 Plus, then there’s the whole challenge of actually knowing how to put one on. Did you know if you put one on wrong, you could actually offend someone?

Wearing a japan kimono is not the time to become a trend-setting fashionista. Always cross the left side on top of the right– the reverse is for dead people. And don’t decide to turn your obi bow to the front– that’s for prostitutes.The goal when wearing a japan kimono is to be perfectly shaped and parallel. No curves allowed! Women will buy all sorts of padding products or wrap their body with towels and sashes in order to be completely flat and even, as this is considered most beautiful. The traditional way to wear a kimono is to pull the collar low, away from the neck. The younger one is, the lower it can be worn, but don’t wear it too low as it begins to be considered “risqué” with more neck showing. That’s because the neck is considered the most sensuous part of the body, so is always displayed with hair pinned up and neckline low.

Why waste the money? 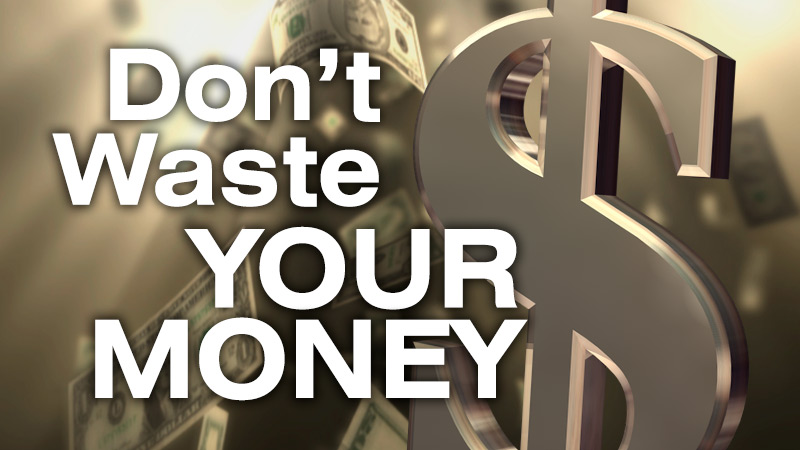 It’s just that for the every day tourist they’re impractical and will probably never leave your closet. So why waste the money? Of course if you have reason to buy it, such as for attending festivals or weddings, becoming trained in Japanese arts, or are just really rich, then go for it! Otherwise, you should use that valuable suitcase space for more practical souvenirs. Because let’s face it, japan kimono take up a ton of precious suitcase space!