Hakama origins A hakama is the skirt-like pants that some Aikidoka wear. The hakama is a pleated, two-part lower garment usually referred to as either full-cut trousers or a divided skirt. It began as a long trailing garment in ancient times and in more recent times has been worn as a standard part of male 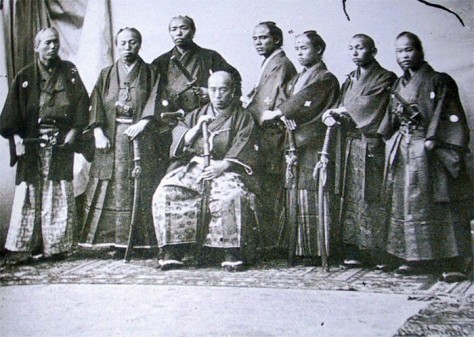 A hakama is the skirt-like pants that some Aikidoka wear. The hakama is a pleated, two-part lower garment usually referred to as either full-cut trousers or a divided skirt. It began as a long trailing garment in ancient times and in more recent times has been worn as a standard part of male ceremonial attire and by martial artists. The standard gi worn in Aikido as well as in other martial arts such as Judo or Karate was originally underclothes. Wearing it is part of the tradition of (most schools of) Aikido. Originally, the hakama was worn as an outer garment to protect the samurai warriors’ legs as they rode their horses, like a cowboy’s leather leggings called chaps. As the samurai used horses less, they continued the practice of wearing hakama as a kind of identifying uniform. The hakama were originally meant to protect a horseman’s legs from brush, etc., — not unlike a cowboy’s leather ‘chaps’. Leather was hard to come by in Japan, so heavy cloth was used instead. After the samurai as a class dismounted and became more like foot-soldiers, they persisted in wearing horseman’s garb because it set them apart and made them easily identifiable. 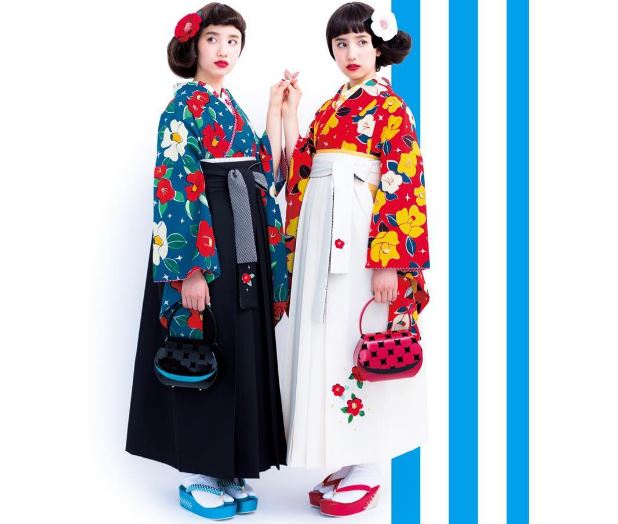 The hakama has seven pleats, five in the front and two in the back. The pleats each have a name and a symbolic meaning: the first pleat, Yuki, symbolizes courage, valor, and bravery; Jin stands for humanity, charity, benevolence; Gi stands for justice, righteousness, and integrity; Rei stands for etiquette, courtesy, and civility; Makoto symbolizes sincerity, honesty, and reality; Chugi stands for loyalty, fidelity, and devotion; and the last pleat, Meiyo, symbolizes honor, dignity, and prestige. The hakama tie over the top of the kimono and are most often made in solid colors, depending on the occasion, or in very fine patterns in men’s formal wear. Some women wear it, especially since the late nineteenth century, and generally it is to demonstrate scholarship or mastery. For example, hakama are often worn when a women graduates from college or when she performs traditional music. There were different styles of hakama though. The type worn by today’s martial artists – with “legs” – is called a joba hakama, (roughly, horseriding thing into which one steps). A hakama that was kind of like a tube skirt – no legs – another and the third was a very long version of the second. It was worn on visits to the Shogun or Emperor. The thing was about 12-15 feet long and was folded repeatedly and placed between the feet and posterior of the visitor. This necessitated their shikko (“knee walking”) for their audience and made it extremely unlikely that they could hide a weapon (retainers suited them up) or rise quickly to make an attack.z

When can I wear a hakama? 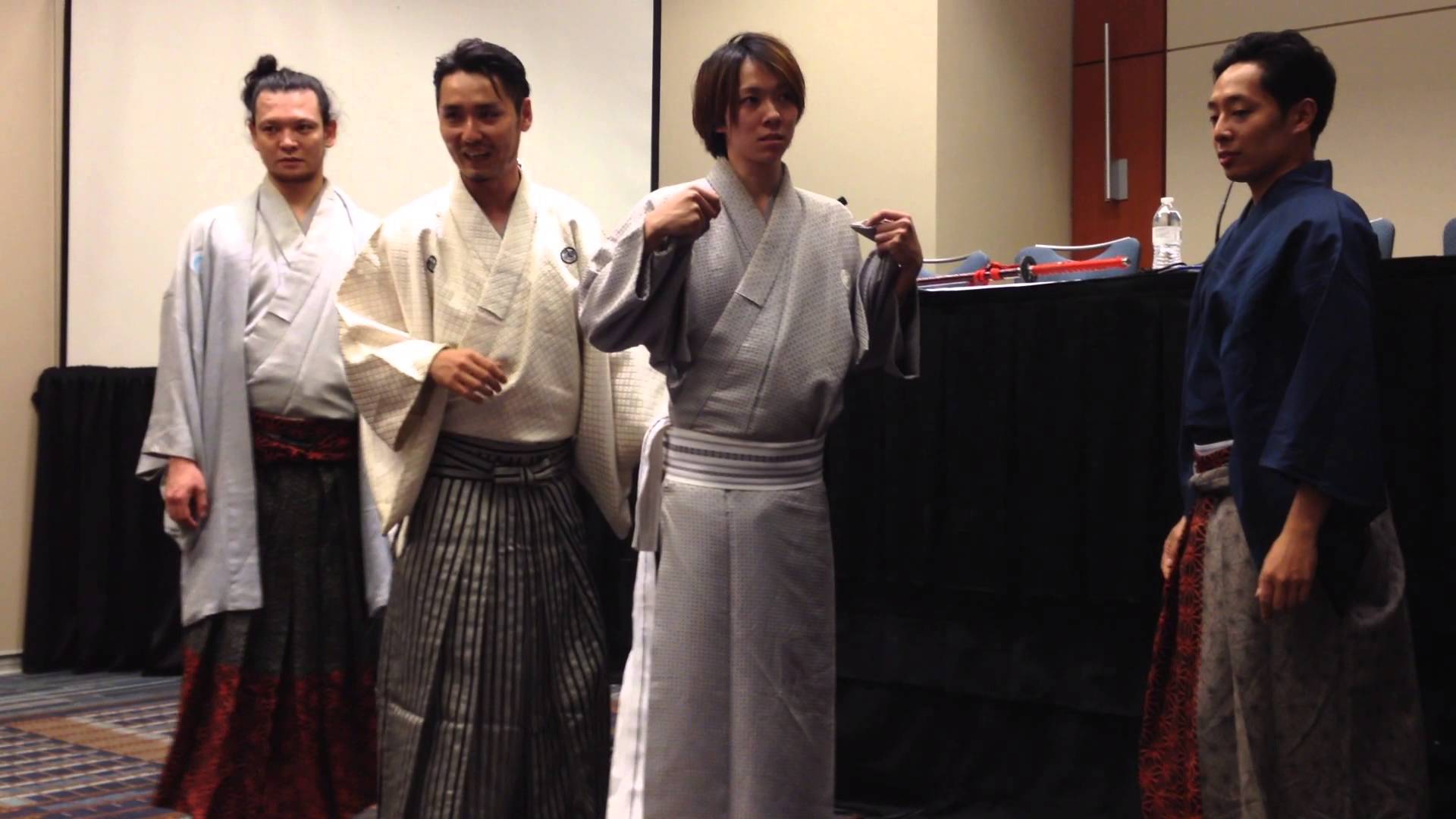 It depends upon the rules or conventions of your organization or dojo, or of one you may be visiting, so you should find out what those are. Many types of arrangements exist today. Some associations reward attainment of a certain rank with the privilege of wearing a hakama, while others view the hakama as an integral part of the training uniform from day one. In some dojo, hakama-wearing is a function of gender and/or rank, and in yet others, it is left to personal choice and may symbolize an individual’s personal commitment to a path of study. Most of the students were too poor to buy a hakama but it was required to wear one. If they couldn’t get one from an older relative, they would take the cover off an old futon, cut it, dye it, and give it to a seamstress to make into a hakama. Since they had to use cheap dye, however, after awhile the colorful pattern of the futon would start to show through and the fluff from the futon would start to work its way out of the material. In many schools, only the black belts wear hakama, in others everyone does. In some places women can start wearing it earlier than men (generally modesty of women is the explanation – remember, a gi was originally underwear). 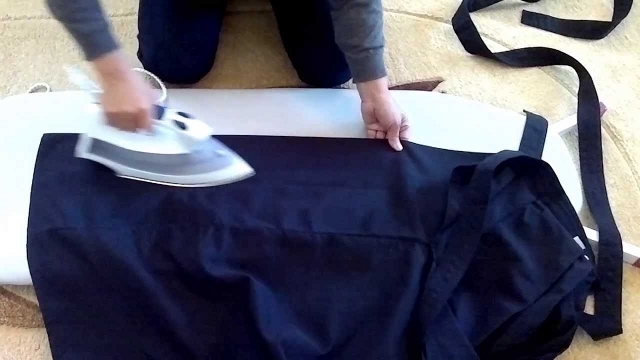 The “how often” part should be a function of your training habits, the season, and the surface you train on. We have found that there’s a wide range in cleaning intervals … from once a month to once or twice a year. It’s really a matter of common sense and acceptable hygiene. Whereas the dogi should be laundered after each use, the hakama usually doesn’t require such frequent cleaning. You can wash, dry-clean or “freshen” (hang in the sun between washing or cleaning) your hakama. Whether you wash or dry-clean depends on the hakama fabric, shrinkage considerations, and your personal preference. Like all types of traditional Japanese clothing, it is important to fold and store hakama correctly to prevent damage and prolong the life of the garment, especially those that are made of silk. With hakama this is particularly important, since It have so many pleats which can easily lose their creases; re-creasing the pleats may require specialist attention in extreme cases. It is often considered particularly challenging to learn to fold properly, in part because of their pleats and in part because their long ties must be correctly smoothed and gathered before being tied in specific patterns. Various martial arts traditions in which practitioners wear them have prescribed methods of folding the hakama. This is often considered an important part of etiquette. In some martial arts it is also an old tradition that the highest ranking student has the responsibility to fold the teacher’s hakama as a token of respect