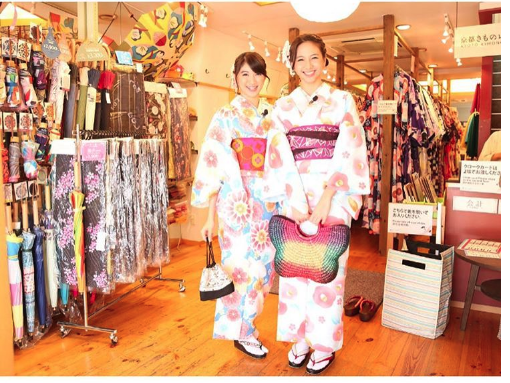 Have you ever seen Japanese traditional kimono? Most countries have their own clothes, For example, people wear chima jeogori in Korea, China dress in China and deel in Mongolia. In Japan, they have traditional clothes called Kimono. Around the world, the traditional kimono is recognized as the national dress of Japan. Made from a single, long fourteen-inch-wide bolt of silk, the kimono has an over-all T-shape, with its component parts joined mostly in straight, vertical seams. In contrast to typical Western garb, the kimono is flat rather than three-dimensional, and angular, not form-fitting. It is more an expression of surface design by means of dyed and/or embroidered patterns than a product of tailoring and weave. As the amount of traditional kimono producers – and wearers – wanes in Japan, there is a growing number of designers and artisans catering to a new generation of devotees. 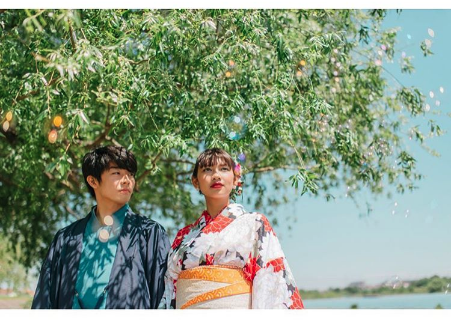 The kimono’s form was first introduced from China as an undergarment. Its use as a normal form of dress for men and women dates from the Muromachi period (1392–1568). At that time the samurai, or warrior class, replaced the court nobles who always wore ceremonial clothing and lived in castle towns. Clothing increasingly needed to be wearable for travel and urban outdoor life and the traditional kimono was the foundation of these trends. Women’s kimonos became very decorative from the middle of the Edo period (1600–1868), in spite of bans on luxurious living imposed by the Tokugawa shogunate, the rulers of Japan at the time. Japanese clothing was not traditionally accented with costly or decorative accessories, particularly jewelry, hats, or gloves, as Western dress traditionally is. Instead, all of the expression of taste and elegance was focused upon the kimono, the central and key garment in Japanese dress, particularly in the case of women. Thus developments in the traditional kimono as the principal garment for men and women of all social classes revolved around patterns and colors. At first the only patterning used was in the weaving of the fabric, but, given that the expansive robe was a great canvas for the artist, distinctive designs stretching across the whole garment were created in tie-dye, resist-dye, embroidery, and other methods, particularly for wealthy customers. There have been few fundamental changes in the shape of the kimono since the eighteenth century, except for minor changes in hem length and sleeve or collar shape. The traditional kimono can be either formal or relatively casual, depending on its materials, pattern, and the accessories worn with it. Since its beginning, the kimono has denoted social rank and occupation, especially for men, and age, particularly for women. Today, people are less knowledgeable about the specific rules of dress and tend to choose a kimono based on its appearance. 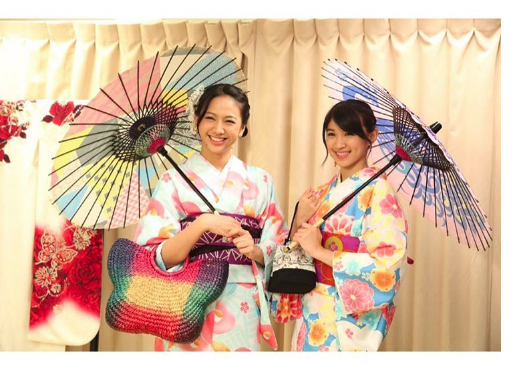 Traditional kimono has four charms. First, everyone fits the kimono. Kimono fits all bodies. Kimono is a straight stich, wrap tied with an obi is a self. In many cases, kimono is passed on from mother to child, to grandchild. Also, the feeling is passed on, too. Second, we can recycle kimono if we stop wearing it. The first cotton is about 13meters. Kimono is made of eight cotton clothes which are cut. We can change kimono into gadgets such as obi, bag, and nagazuban. Nagazuban is underwear when we wear under kimono. Third, we can fold it up small. When you hang dresses, you need plenty of space because then it wrinkle so easily. However, kimono is very compact, so we can hang many kimono. Fourth, the design is only one. Originally, traditional kimono don’t often make same design. They looked the same, but the color scheme was little different. Then, we choose some items like the color of obi, the form of obi and kakeeri. Kakeeri is a protective collar sewn on a kimono. Therefore, perhaps even if you wear the same kimono, the image changes using some items.

The ressurrection of traditional kimono 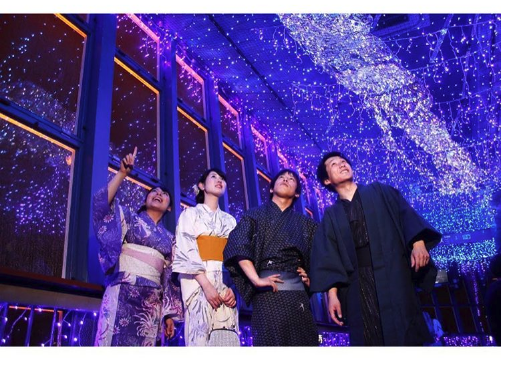 Like many other forms of traditional dress, kimonos are both simple and complex; despite their uniform t-shape, kimonos lend themselves to a multitude of permutations, rituals and painstaking construction techniques. They act to both conceal and reveal the wearer and are open to as many different interpretations as there are people who want to play with them. Some designers specialise in traditional pieces commissioned for Japanese royalty, taking a year to construct; others make trippy, casual yukata kimonos featuring enchanted mushroom forests. As one designer profiled explains, “There is the world of formal traditional kimono and then there is the flipside…they are what is known as the iki, ‘cool’ culture – these dark motifs are like the B-side of a record.” Japanese club kids, antique kimono collectors, manga fans, Harajuku girls, princes and prostitutes are among the kimono wearers all paid homage to in this 105-page tome. As a result, interview subjects range from Kyoto’s oldest kimono makers – including one company which has been in business for 460 years – to a downtown Tokyo studio creating work for clients including Uniqlo and Disney. Traditional kimono now is thankfully thick with the photography needed to celebrate such a visual art, which makes it easy to follow the tactile nature of the text. From descriptions of Shibori tie-dying, as documented in 8th-century poetry anthology the Manyoshu, to kimono fabrics – all silk-satin damask, and “chirimen, a crêpe weave with a wrinkled texture,” the techniques and inks, threads and ties involved make for a sensory, evocative read.

Traditional Kimono is associated with a number of little mysteries. Japanese folk may not think the kimono is something mysterious, but they would be surprised to find out the trivia associated with it. Below, we take a look at the mysteries in the form of questions (scroll down to the end of the article for the corresponding explanations).

Mystery 1: How come vintage kimonos are so cheap? 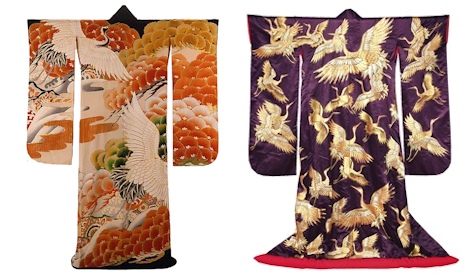 Nowadays, the traditional kimono is considered formal attire. As such, it’s like a wedding dress, worn only once, or a few times after the coming-of-age ceremony at most. People either buy or rent them. Therefore, a personal kimono worn to a formal event just once may still be, for all intents and purposes, brand new, but it quickly loses its value as something the original owner would want to wear again. Unlike most ordinary pieces of clothing, kimonos remain relevant and wearable for decades, sometimes even 50 years after the fact.

However, traditional kimono sold as vintage may retain their function as articles of clothing, but they lose all personal value as a family heirloom. That’s why the price goes down so dramatically. On the other hand, this makes them the perfect target for tourists, who are generally unconcerned with details relating to a kimono’s family lineage. (There are signs that the Japanese mentality is starting to change, however, vintage formal kimonos are starting to climb in price, even previously worn ones.)

Mystery 2: Why do women still wear kimonos in daily life? 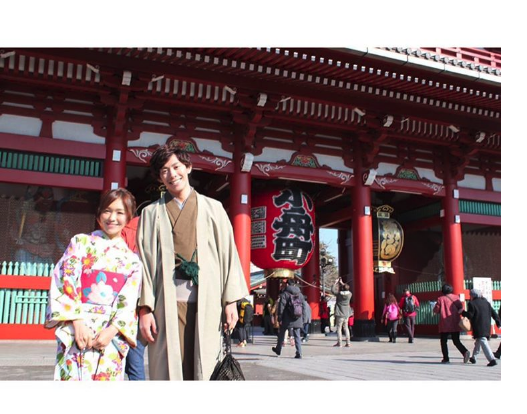 This surely has to do with femininity. As objects of attention, women wear beautiful and feminine attire, and the kimono fits this description. Even today, Edo-era feminine sexuality remains nostalgic and attractive to Japanese men. No-one alive today grew up in and remembers the Edo period, but this element of nostalgia remains with us. Images of women in kimonos continue to be updated and refreshed in the minds of men. Even female members of the Imperial Family, when wearing kimonos, are implicated in issues of seeing and being seen.

However, the traditional kimono has also recently been reappropriated by women as a positive symbol of sexual expression. More and more young women, especially those with a little extra to spend, are buying and wearing kimonos. This hardly reflects a passive sort of femininity, but a new, proactive approach to one’s own image.